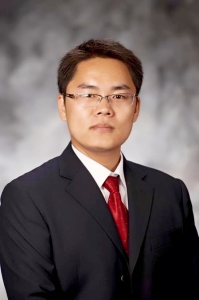 Yanjun is a PhD candidate in Political Science at the University of California, Santa Barbara. Yanjun’s substantive research interests include public opinion and political behavior, political economy, and international security. He is also interested in political socialization, identity politics and environmental politics. Methodologically, Yanjun is an empiricist with interests in experimental and quasi-experimental designs and causal inferential methods. Some of Yanjun’s current research projects examine the impact of political gender equality on states’ involvement in foreign military intervention, the Asian migrant entrepreneurships (SMEs) in the United States and beyond, the political attitudes and participation modes of different generations, women, migrant workers, and other socioeconomic groups in China, environmental justice, activisms and politics in China, and civic education and the politics of education in China. His dissertation project studies how the strategic policy and informational engineering can entrench top-down authoritarian rule through shaping the mass publics’ political perceptions and practices.

Yanjun holds two bachelor's degrees in Political Science and Economics respectively from Peking University, and a master's degree in International Strategy and Development from Tsinghua University in China.

Yanjun Liu received a Ph.D. in Political Science with an emphasis in quantitative methods in social sciences from the UCSB. He is currently a tenure-track Assistant Professor of Political Science at the School of Government at Peking University. His research interests include public opinion and political behavior, political communication and psychology, politics of identity and environment, and international security. For more information, please visit https://sites.google.com/site/johnianliu/ or email him at yjpku05@gmail.com