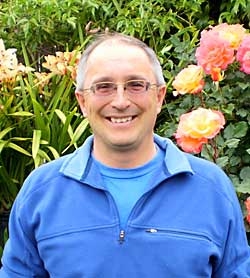 Peter Kuhn is a labor economist whose research includes work on wage and employment discrimination, immigration, displaced workers, and comparative labor markets, among other areas. Kuhn’s research has been funded by the National Science Foundation, the Social Sciences and Humanities Research Council of Canada, the Ford Foundation, the National Institutes of Health, and the University of California’s Pacific Rim Research Program, among others. Kuhn’s current research is based on large samples of job ads and resumes that are downloaded from job boards in a number of countries, including China. Topics examined using this data include the determinants and effects of explicit, advertised gender discrimination, and the determinants of employer’s demands for ‘soft’ skills. Currently, Kuhn is also serving as the founding Director of the Broom Center.

Institute for Social, Behavioral and Economic Research (ISBER), UC Santa Barbara. “Why do Workplace Teams Bunch at Kink Points? Evidence from the Laboratory” $2850.